Nothing stops the annual Youbou Regatta, certainly not a paltry threat of rain. 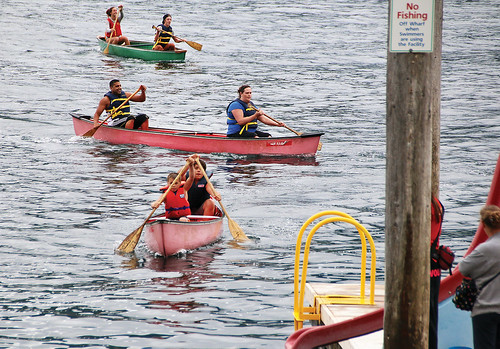 The parade, one of the shortest on the Island, kicked off the rush to Arbutus Park Saturday, Aug. 8 where everyone then settled in for a great day, despite those looming grey clouds.

There were a few raindrops but no one cared as competitors made their way out to the dock for the Regatta’s signature event: the quarter mile swim.

Even the knowledge that they would be traveling out to the starting point on a pontoon houseboat rather than the usual historic tugboat didn’t stop the swimmers.

The rush to the finish saw a 10-year old beat out a mixed group of all ages swimmers and then the shore-based races and events began, including the canoe and kayak races, the three-a-side volleyball tourney and more.

Kids get a taste of welding career at camp

Duncan Christian students get a taste of the trades