It was not your grandmother’s Nutcracker onstage at the Cowichan Performing Arts Centre Saturday, Dec. 12 but Ballet Victoria’s take on the Christmas classic delivered everything that counted, and more to the big crowds. 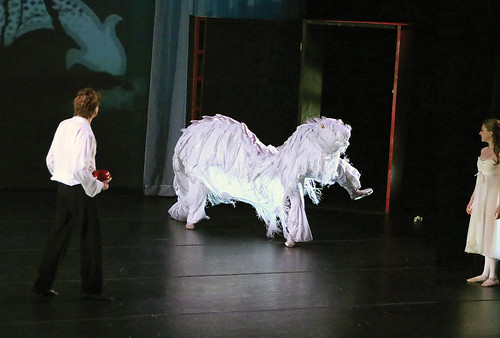 BV’s artistic director Paul Destrooper appeared before the curtain to start the event and explained that he and the troupe had put their own spin on the famous story, calling it The Gift of the Nutcracker.

The major difference was that there was no nutcracker hero, but the audience, lost in the magic, hardly noticed.

We were served up all the famous music and a lot of the famous choreography from Tchaikovsky’s Nutcracker Suite but Destrooper followed the example of the composer, who had wanted to please the children of his day.

Hence the inclusion of a hockey game played with candy canes instead of sticks and the insertion of yellow-shirted minions instead of Russian soldiers for the trepak dance.

But the company also knew there would be many traditionalists in the crowd, bringing their grand-daughters, clad in their best. And, sure enough, there was as much satin, lace and velvet in the audience as there was onstage.

All the beautiful dances were there, with costumes as swooningly romantic as any prospective princess could wish. For the adults, Destrooper included a delightful jazzy number, based on Dave Brubek’s song, Take Five.

The dancing ranged from graceful and sprightly to powerful and bringing a couple of the minions out into the lobby afterwards for photos with young fans was a master stroke.

But Ballet Victoria’s real gift to the audience was creating a fresh Nutcracker for a new century without losing that beloved connection to the past.

Burdett back with Winter Solstice show