It may be 25 years since the Chemainus Valley Museum opened in 1991, but the residents of Mural Town and its environs celebrated all their history at a special day-long event Aug. 17.

Penelakut Elder Florence James set the tone for the event, talking about some of the extensive First Nations history of the area, and even sharing that her family still treasures a wedding cake recipe they were given by painter Emily Carr when she passed through the region.

Federal, provincial and municipal politicians, including Nanaimo-North Cowichan MLA Doug Routley and North Cowichan Mayor Jon Lefebure, took up the theme: the need to remember the enthusiasm and hard work of those who’d built the area.

Then piper Peter Leckie played ‘The Maple Leaf Forever’ to launch the rest of the day.

Waterwheel Park was filled with demonstrations of heritage crafts, displays that really got people chatting, and many kinds of entertainment.

The museum itself is now looking towards finishing its expansion before opening officially next spring. 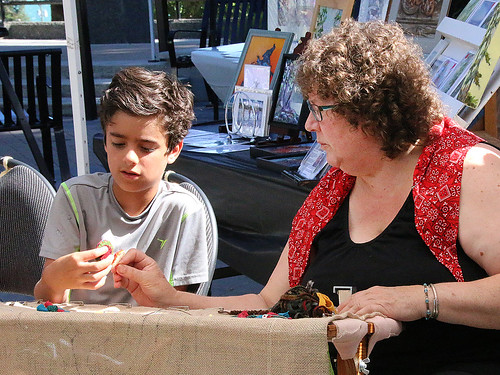 Editorial: Time to brush up on recycling do and don’ts