Edmund Knight got a high-five from Sgt. Rob Webb as he ran the gauntlet between two lines of Tour de Rock riders during Tuesday morning’s tour stop at Chemainus Elementary School.

Edmund was one of several students who were picked for the honour after raising money for the Tour de Rock on their own. He helped raise $500 by selling cookies.

The school was the second stop of the day in Cowichan for the Tour riders, who went on to stops at other schools as well as the big celebration at the Beverly Corners shopping centre in Duncan.

Click below to see more photos from the Tour’s stop at Chemainus Elementary. 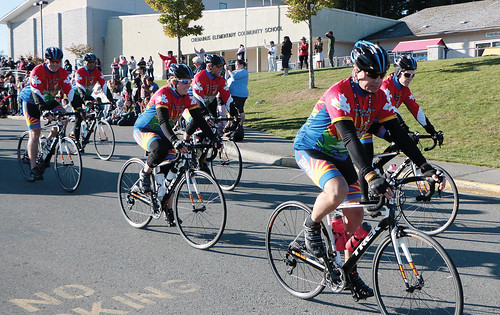 Election 2015: Candidate not allowed to join debate in Langford