The French-immersion school’s Grade 3/4 class was honoured as the Under 11 winners of her community music competition, called Sing Me A Song.

The victory netted the school $1,000, a trophy and a visit from Guichon.

Guichon talked about her role as a representative of the Queen and then explained that community choirs, schools and musical groups were invited to write and sing an original song in the lead up to Canada’s 150th birthday, which will be celebrated next year.

Cobble Hill’s entry, ‘Mon Canada/My Canada’ was a real winner, with actions and even a rap included in the presentation. Guichon was so moved, on hearing it, that she wiped away a tear before continuing her talk.

Under the guidance of their classroom teacher Eric Desaulniers and their music teacher, Cecily Dhami, the students wrote both lyrics and music for the winning entry. 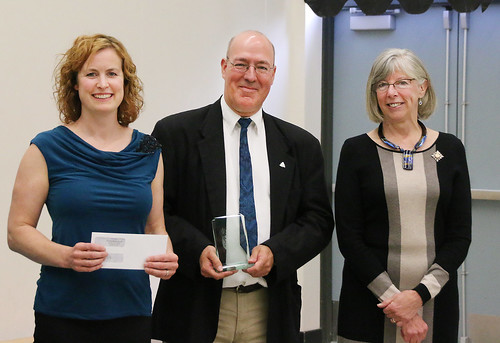 The Sing Me a Song program, now in its third year, was launched to promote music and community spirit throughout the province.

Groups were encouraged to write a song about what Canada’s 150th birthday  meant to them or their community.

Entries were scored on musicality, spirit and originality by an experienced panel of musicians which included Lt. Matthew Clark, director of the Naden Band of the Royal Canadian Navy; Maureen Archambault, musical director of Youth Choir 61, the Honour Choir of the Greater Victoria School District; and Heather Pawsey, opera singer and artistic director of Astrolabe Musik Theatre.

A closer look: do Vancouver Island First Nations support the war in the woods?