Within seconds of that announcement, made Saturday just before superstar Keith Urban took the stage at the huge country music festival at Exhibition Park, music fans were excitedly sharing the news and making plans for 2016.

“We’ve wanted a female headliner on our bill for many years and cannot wait to host one of the most influential women in music right here on Vancouver Island,” said Brunt

This year, with Urban leading the way, in a lineup that included Lee Brice, Joe Nichols and Thomas Rhett, the showcase attracted more than 50,000 people to the four day festival. 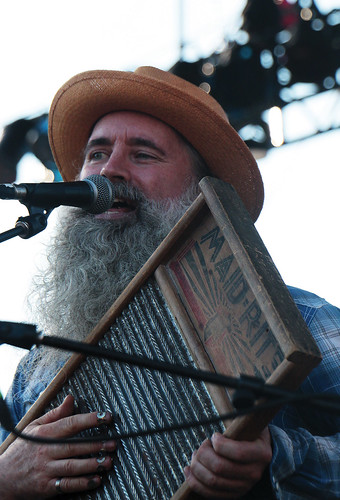 It’s a celebration that’s been years in the building. From its start at Providence Farm the big show moved to Avalon Acres before finding a home at the Cowichan Exhibition.

From the early days when acts such as Spirit of the West and Tom Cochrane ruled the stage, the festival changed direction to become Sunfest Country, showcasing the very best of country music with names such as Tim McGraw, Travis Tritt and Johnny Reid thrilling tens of thousands of fans.

Now, with the signing of Underwood — a multiple Grammy winner renowned for her great voice and sweet Southern style, the festival is kicking it up another notch.

Many changes were made to Sunfest this year, in response to the massive number of campers on the site and the severe drought.

A huge difference from 2014 was a successful recycling and garbage clean up campaign, which was needed after last year, when organizers found a large amount of garbage left when the campsites were vacated.

This year, they were able to post pictures on Facebook at 10 a.m. on Monday showing large areas already cleaned up as campers departed Exhibition Park.

And now, Sunfest is on the move again, as organizers have decided to purpose-build a venue on their own, bigger piece of land — property just off Highway 18 in the Meade Creek area west of Lake Cowichan.

The posting of a sign near the old sand drags site announces that a new facility called LakeTown Ranch is now looking for rezoning approval. The owners of LakeTown Ranch have applied to the CVRD to amend the Official Community Plan and rezone the property to create an outdoor amphitheatre and destination campground.

A meeting at 8811 Youbou Rd. has been scheduled for Aug. 20 at 6:30 p.m., according to a poster on the signboard, which also says, “We welcome all neighbours of the area to join us on site to learn about our proposal and allow us to address any questions you may have.”

Lake Cowichan Scouts, RCMP stuff the cruiser… and the canoe!