It was a lot of work but all worth it in the end say Sunfest organizers following the festival’s very first season at its new location.

“Right now we all feel this was a huge success,” said Emmalee Brunt, Sunfest’s public relations and marketing manager. “Jan. 17 we got the permits for this [site], and within seven months it turned into this. I think for all of us it was very mind-blowing.”

The weekend saw a steady increase in attendance with approximately 13,500 on Thursday; 15,000 on Friday; 17,500 on Saturday for Carrie Underwood; and slightly more for Dierks Bentley on Sunday. Brunt cited Bentley’s “massive following,” and also said that Autumn Hill, which opened for him, was a huge draw too. 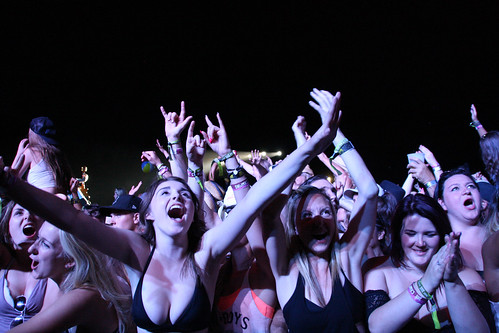 “Toby Keith is a country music legend, hugely popular amongst long time country fans and new ones alike,” said Sunfest executive producer Greg Adams in a press release. “Toby has been on our radar for many years and we’re finally able to say that he’s coming to Sunfest.”

“Next year Sunfest is going big with Little Big Town and Toby Keith, along with many other exciting additions that will be revealed later on,” says Adams.

“We’ve got a whole year to build on Laketown Ranch and make some new additions and can’t wait to share year number sixteen with Vancouver Island and beyond.”

Moving so many people onto the new site, Laketown Ranch, just outside Lake Cowichan did not produce the traffic snarls and long lineups many people in the area were expecting based on past experiences at the exhibition grounds in North Cowichan. 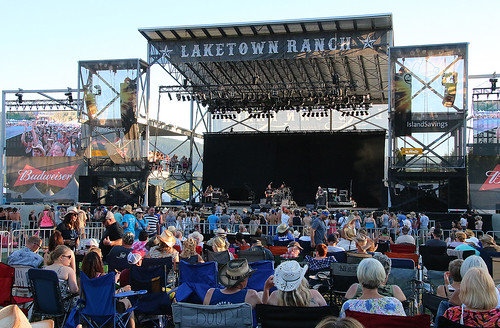 “There’s a lot of wins this weekend, but one of our biggest focuses was ingress and we did not want vehicles on that road,” said Brunt, attributing the smooth in-flow of vehicles to the parking staff and the new location’s two entry points, as opposed to just one.

She also said Sunfest owning its own space meant staff could get vehicles on site, parked and visitors’ credentials dealt with all much more efficiently.

“We didn’t have any waits on the road at all.”

There were over 600 volunteers making Sunfest happen this year, in addition to the festival’s 15 permanent staff and the 300 or so contract workers (from production to security) during the weekend itself.

Brunt said other highlights for Sunfest and its new location included the larger camping sites, on which they received positive feedback, and the higher production values for performances made possible by the festival’s permanent stage.

“Now that we have our own stage we can do whatever we want. So everything from sound to lighting, we’ve completely upped the ante this year,” she said. The elaborate lighting and screens during Underwood’s Saturday night performance were all brought in by her own production team. The same for Dierks Bentley.

As for difficulties over the festival’s four days, Brunt said the challenges lay in smaller details. She said the medical centre could have been in a more obvious location, that some of the check-in areas will probably be moved for next year and that Sunfest will do more to advertise the horseback riding opportunities.

“Maybe increase shuttles for actual on-site campers… It’s a [significant] distance. So maybe having more transport for those people,” she said, referring to the long walk between the main festival grounds and the camp sites. “But we wanted to see how it did on year one but honestly nothing huge.”