January 6, 2023
In loving memory ~
George Johnson passed away on January 6th, 2023, at the age of 92.
George was a “self-made man” and a dreamer who realized most of his ambitions through hard work and dedication. He and his wife Shirley (married for 71 years) shared this work ethic, they were a team that mastered many different entrepreneurial endeavours including their much-loved commercial fishing. George worked countless hours on his vehicles, boats, and property. He could fix anything! Even in his retirement, if not down South in the winter or on their sailboat, George would be working steadily on an outside project.
Jazz music was a passion of George’s; he loved to attend jazz festivals with Shirley. At happy hour, George would put on some jazz music and enjoy a glass of “fiery” homemade wine. In the evening he could be heard playing his saxophone or clarinet.
George was predeceased by his son Kenneth and survived by his wife Shirley, his daughters Betty, Valerie (Roy) Louise (Jerry) grandchildren Melanie, Tanya, Sadie, Jesse, Clayton, and Jerry and eight great-grandchildren.
They broke the mould when they made our dad, George. There will be no other.
The family would like to thank the Sunridge Place staff for the care, respect and peaceful passing you provided George. 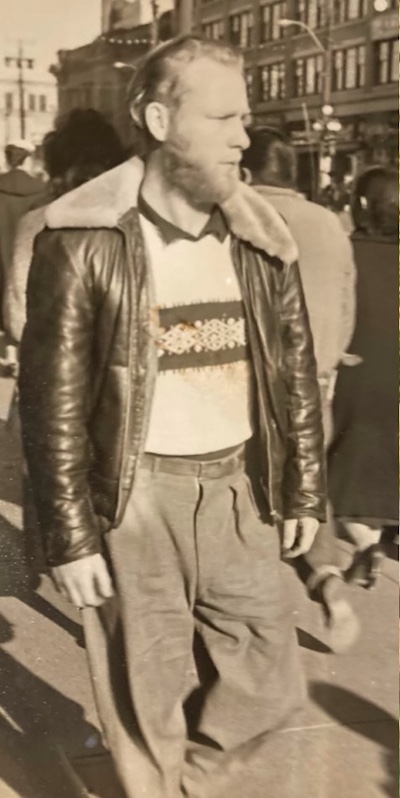