Clowning around can win you a gold medal.

The Crofton photographer is also a member of the Cowichan Valley Camera Club and her pictures helped that group garner its first ever national CAPA award as well: a Silver Medal for prints.

In that category, six photos were submitted from the club’s members, with the result that for the first time in more than 30 years as a club, the group itself has won a medal as well as seeing a member declared top photographer. 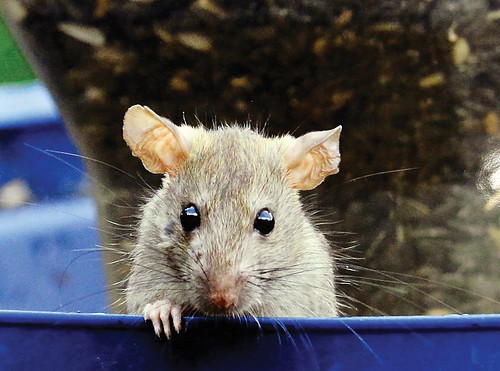 CAPA is made up of clubs and individual members all across Canada.

The awards were handed out by CAPA representative Cim MacDonald in a ceremony at the club’s meeting Tuesday, Jan. 12.

Carey herself won the gold medal for her superb prints.

“I had to send in four prints and the combined total of all the points was the highest in the competition. I also won the Merit award that is given for the single highest mark for a photograph.”

Her gold medal is very showy.

“It looks just like an Olympic medal. It’s a great big gold sucker,” she laughed.

She began taking pictures in 2005 but her career as a photographer has taken an unusual route, publishing a book of underwater photography in 2006.

“I’m primarily an underwater photographer. But we’ve had some health issues lately so I’ve been learning how to do it on the land. Underwater photography is very technical. But, that’s how I learned photography. I didn’t do a lot on land before we went under water with the fancy camera. I learned under water and so, when I started to take pictures on land, I found it was difficult because I had logged so many hours under water with the camera that it was more natural to use it there.”

The major difference between the two disciplines is lighting, she said.

“There is no light down there. You have to artificially light everything. But, when you’re on land you want to use the natural light as much as you can. It’s two totally different worlds. And then of course we have strobes [flash attachments]. We have three different strobes on our camera to fire for flashes. And then we have the extra big lights; we have to have at least two each of those to make things come alive because there is no colour once you go down there. The red is totally gone at 40 feet. You have to bring it all back,” she said.

Her package of four pictures included three underwater subjects: Irish Lord Eye, On Guard, and Clowning Around, plus one land picture: Ratty.

“I took a picture of a rat,” Carey related. “I figured it would be controversial. People would either love it or hate it. But it turned out to be a very excellent photograph and I hoped they would like it. Instead of it being a black rat, like most of them are, it was actually brown. It was at our feeder. I got its little hands holding on and you can see its whiskers. The light is coming through its ears and the sky is reflected in its eyes.”

The other land-based photo she had entered in the CAPA competition was of a flicker, which is something like a woodpecker. It went in the package of six sent by the camera club and helped earn the silver medal for the group.

The photos are huge, 16×20 pictures and when people are looking at making prints that large, it pretty soon stops being amateur hour.

“I would say at this point I would have to call myself a professional photographer seeing as I won the highest award in Canada. I can’t say I’m an amateur anymore,” she laughed. “But I am self-taught.”

She and her husband, Bruce, enjoy photography together as a team.

“I’ve learned everything by trial and error but his dad was a professional photographer so I think he must have it in his blood. He’s really my main man for lighting. He figures out all my lighting. He knows all about light and shadows. In fact, he says I’m trying to butter him up because I want an electronic dripper for taking photographs of water droplets and it’s $600,” she said.

She was delighted with her merit award in the Minimum Manipulation competition.

“The challenge there is you send in your photograph the way it comes out of the camera. It can’t be Photoshopped. There’s nothing done to it. It’s a pure photo. I placed sixth out of 126 entrants in that category, still a really high award.”

Sending in an un-retouched photo is a challenge.

“I just love that kind of thing, though. For that one, you’re allowed to increase the contrast and the sharpness but that’s all. Everything else has got to be just the way it came out of the camera.”

“I have two D2Xs and one D800. Lots of cameras, lots of flashes and lots of lights,” she said.

Her underwater setup is big, cumbersome and heavy. And impressive.

“It weighs 14 pounds without the camera in it,” she said.

Carey is proud to see the club win its CAPA silver medal. President Carl Erland received it from McDonald on Jan. 12 as well.

“It’s the first time the camera club has ever won a medal. People from the group hand in their photographs and six of the best are chosen.”

Winning this medal as a group is sure to prove inspirational for members, she said.

“The club is amazing. It’s a really good program, especially if you don’t have anybody to go with or to learn from. They all learn from each other there; it’s quite good and its great fun.”

B.C. Premier John Horgan to step down ahead of 2024 election

City of Duncan applies for grant for Cairnsmore roundabout