Taking a chance on the musical Nunsense has rewarded the Mercury Players with nearly full houses during the run of this hilarious show.

If you’ve seen Nunsense before, all the funny elements are there; if you haven’t see it, you’re now a fan, for sure.

The story begins when five of the 19 surviving Little Sisters of Hoboken find themselves in a pickle.

Members of a one-time missionary order that ran a leper colony on an island south of France, they have discovered that their cook, Sister Julia, has unwittingly killed off most of their sisters.

Now, they’re hard-up for money to bury the final four corpses and have decided to hold a talent show to scare up the cash.

There’s plenty of hilarious interplay among the sisters as they show what they can do and each of the sisters gets a great chance to showcase her skills and personality. 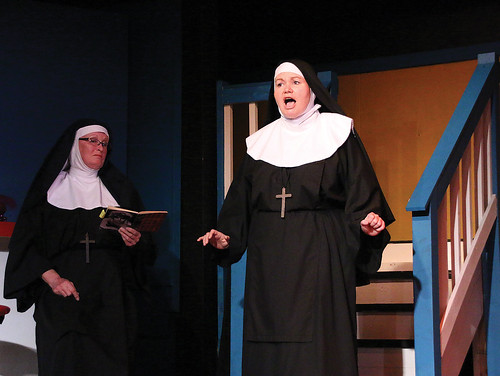 Arts Foundation reminder: get your funding aid applications in

McDermott tickets may be great gift in Christmas stocking

Streamflow advisory upgraded to flood watch for most of Vancouver Island